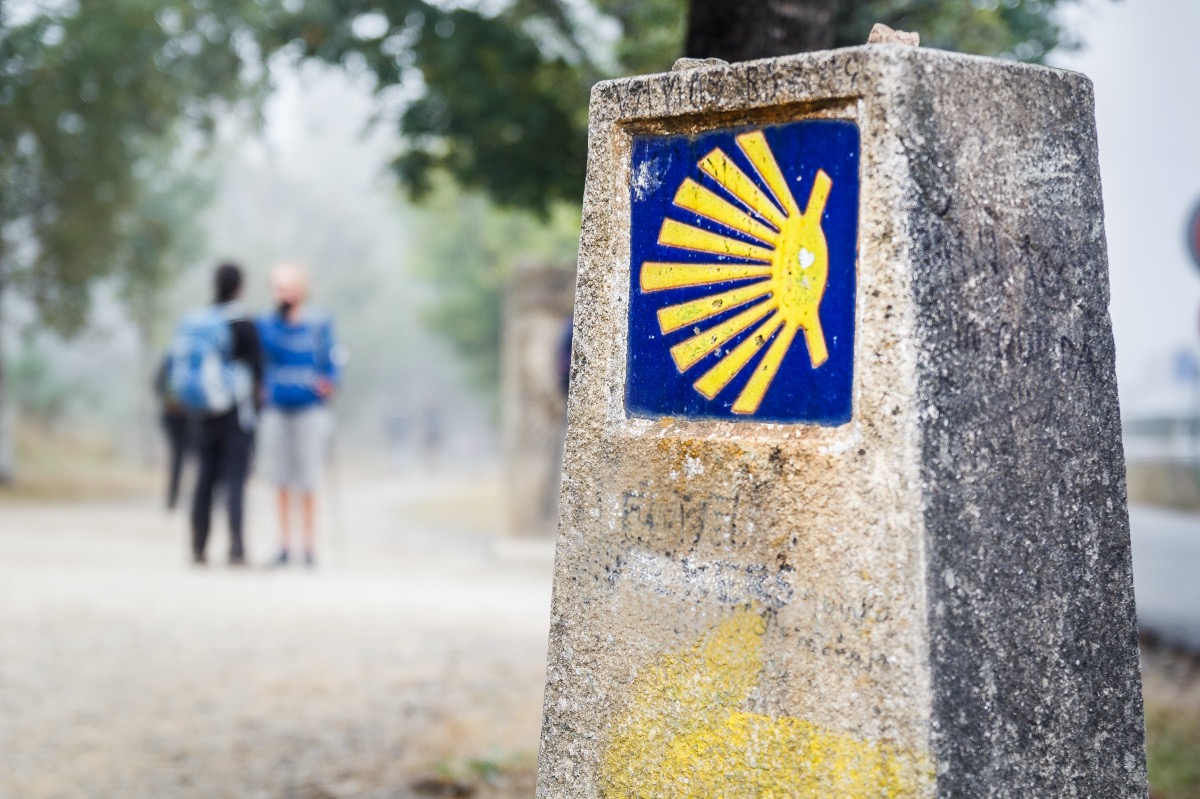 I have been fortunate in my life to have had the chance to travel to many beautiful places to see many incredible things. But walking the famed El Camino de Santiago through northern Spain was undoubtedly one of the most remarkable experiences I have ever had. I will be honest; it wasn’t my idea. A friend of mine read about it while studying and ever since had wanted to walk it. After badgering me for several months, I agreed to go, not because it overly interested me, but mainly because I didn’t have any plans at the time and, I thought, why not?

The entire journey was simply stunning.

Even considering a few mornings with sore feet and several more with a sore head thanks to some of Spain’s very impressive wines, it seemed like every day brought with it a new adventure. The incredible scenery is well documented and lives up to its reputation. Still, it was all the other things, such as the people we met, the foods we tried, the wines we drank, and the picture-postcard villages we walked through that left me waiting for the next day to begin.

What is El Camino de Santiago?

The Camino de Santiago, or in English the Way of St. James, is a network of walking routes that all lead to the town of Santiago de Compostela in Galicia, northern Spain. Most people made the journey for religious reasons as a pilgrimage to see the Apostle Saint James remains. Today, however, the vast majority make the journey for health and social reasons traveling not just by foot but also by bicycle and even riding on horseback.

St. James, one of Jesus Christ’s closest disciples, was executed in 44 AD. His followers took his remains to northern Spain, where they were discovered in 814 by a local hermit. Legend has it that a bright star directed him to the location of the remains. Santiago de Compostela translates into English as ‘St. James in the field of the star’.  Alfonso II, the King of Asturias, wanted to verify the discovery, so he decided to journey to Santiago in the 9th century. As a result, he became the first person to make the pilgrimage to Santiago. The route he followed is today known as EL Camino Primitivo, or the Original Way, which starts in Oviedo, the ancient capital of the Kingdom of Asturias.

The pilgrims to Santiago de Compostela

From the 11th century, the pilgrimage became very organised as pilgrims began arriving over the Pyrenees from France. As the number of pilgrims increased, they built a series of hospitals along the route, which helped develop the Camino. Today, many Spanish towns still have names such as Hospital de Órbigo in Castilla y León. The pilgrimages also ushered in a new genre of architecture, Romanesque. Part of this unique style saw churches designed with massive doorways to cater to the vast crowds. These churches, some dating back to the 9th century, can still be seen at various places along the Camino.

Why is el Camino Frances the most popular

Pilgrims use many different routes to reach Santiago de Compostela. In the past, the vast majority of pilgrims came from Europe, and to get to Spain, they had to pass through France. As a result, today’s most commonly walked route is the French way or el Camino Frances. Because of its historical and religious significance and its growth in popularity, the Camino de Santiago’s various itineraries are today listed as a UNESCO World Heritage Site.

The Camino varies in length depending on where you begin. The six most commonly used Camino routes in order of popularity are:

Where does el Camino start and finish?

All Caminos finish in Santiago de Compostela but their starting locations vary greatly.

The Scallop Shell, the symbol of the pilgrim

Although several myths link the scallop shell to the arrival of St. James’s body in Spain, the most likely explanation is one of symbolism and convenience. The top of the shell is covered in ridges, beginning at various points on the semi-circular edge. They all finish, however, at the same point on the straight edge. Thus, symbolising the pilgrim’s journey, beginning in various places worldwide, but all ending in the same one, Santiago de Compostela.

The shell also served several practical purposes; it was the right size to gather water to drink or be used as a bowl or even a spoon. During the Middle Ages, pilgrims continued to wear the shell once home as proof of their completion of a pilgrimage. Today you receive a certificate. Through this, the scallop shell became the symbol not just of the pilgrims making their journey to Santiago de Compostela but of the Camino itself.

Why did they do it?

When I started my journey all those years back, one of the things I found myself wondering was – Why did people do this? What gave someone the idea to walk hundreds, sometimes thousands of kilometres to visit a tomb in a faraway country. In short, the church. The church has many rituals, and one of them is known as penance. It is where punishment is given to sinners to atone for sins they committed or believe they committed. Pilgrimages were considered a suitable form of penance for anyone guilty of a crime or sinning. In the Middle Ages, the four main destinations for pilgrimages imposed as a penance for a crime were:

Tomb of the Apostles in Rome, Italy

The shrine of St. Thomas in Canterbury, England

The relics of the Three Kings in Cologne, Germany

Even today, it is still a tradition in the Flanders region of Belgium of pardoning and releasing a prisoner every year under the condition that, accompanied by a guard, they walk to Santiago de Compostela carrying a heavy backpack.

In the 15th century, religious wars began to decimate Europe and this, along with the arrival of the plague, saw the number of pilgrims drop drastically. The drop in numbers continued until the 20th century when the Spanish government under General Franco began to promote Spain’s catholic history to re-unify the country. Since then, the numbers have slowly increased, with today more than 350,000 people walking the Camino each year to visit the Santiago de Compostela and the tomb of St. James the Great.

El Camino - the way to Santiago by bwd vacations

I created El Camino – the way to Santiago for bwd vacations based on the many experiences and memories I have of my walk through northern Spain. Many of my highlights are incorporated into the itinerary, allowing you to see the region’s fantastic scenery and try many flavours for which the area is known. A local guide will accompany you for the entire journey from your arrival in Madrid to your departure in Santiago, ensuring you enjoy the Camino safely and comfortably.

It is an incredible experience that focuses on the last 100km from Sarria to Santiago and includes walks along the Camino in the wine-growing region of Bierzo.  The hotels include former monasteries, Galician manor homes, and country villas, each chosen because of their quality, location, and services they offer.

For more information, take a look at El Camino – the way to Santiago or contact bwd-vacations at info@bwd-vacations.com

We use cookies on our website to give you the most relevant experience by remembering your preferences and repeat visits. By clicking “Accept”, you consent to the use of ALL the cookies.
Cookie settingsACCEPT
Manage consent