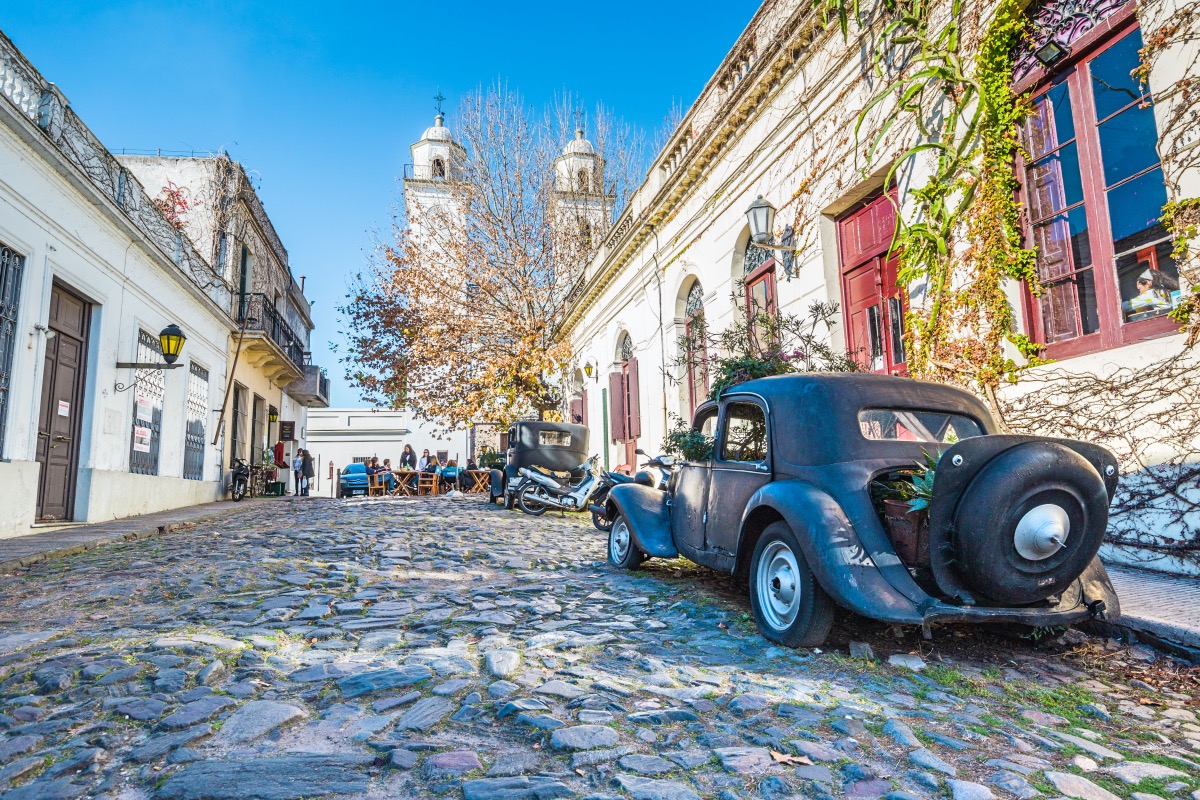 When putting the pieces together for the tour, Highlights of South America by bwd, one of the destinations I was adamant had to be included was Uruguay’s Colonia de Sacramento. I had visited there many years ago, and was gob smacked by the beauty of the place, its colonial Portuguese architecture, its cobblestone streets and its incredible sunsets.

When telling colleagues that I think Colonia, as it’s locally known, should be not only be visited on the trip but, be one of the overnight stays, the general conversation went something like this;

Brad: – “I really think Colonia de Sacramento should be one of the overnight stays”

Firstly, I was amazed by the number of people that had never heard of Colonia de Sacramento and secondly, by the fact that many didn’t even know where Uruguay was. As I started to look a bit deeper, however, I found that it probably shouldn’t be such a great surprise since only about 3.3 million people visit the country annually, less than half that visits its more illustrious neighbours Argentina (7.4 million) and Brazil (6.4 million). What really surprised me most however was that 80% of those visitors come from Argentina, the vast majority of which are on business. I found the country wonderful in nearly every aspect, and was surprised to find so few tours, trips or travel packages visit. It’s rolling green plains, its forests and wetlands that have been created by the many rivers that cross the country and its 660 km (410 mi) of coastline of soft sandy beaches along with its cuisine make the country a must for anyone visiting the region.

So, let’s start with the basics Uruguay is located on the east, or Atlantic, coast of South America with Brazil to the north it and Argentina to the west and the south. The country is the second smallest nation in South America, after Suriname, with a total area of 176,000 km² (68,000 mi²). To give you some perspective, Brazil at 8.5 million km² (3.2 million mi²) is the largest of the 12 countries in South America followed by Argentina at 2.7 million km² (1.05 million ²). Because of its location the countries temperature is fairly constant throughout the year, not suffering from neither extremely cold winters nor baking hot summers.

Where is Colonia de Sacramento?

Separating Uruguay and Argentina in the south is the Rio de la Plata, or River Plate in English, which is a little strange as Rio de la Plata translates in the “the river of silver”. It is on this river that the beautiful Colonia de Sacramento is located, looking across to Argentina on the other side, and 177km (110mi) from the country’s capital Montevideo.

The beginnings of Colonia & war between Spain & Portugal

Until its independence in the 19th century, Uruguay was often a battle field for major power houses fighting for power and wealth, firstly Spain and Portugal, then later Argentina and Brazil.

The Portuguese where the first Europeans to arrive in modern day Uruguay in 1512, entering from Brazil in the north where the explorer Pedro Álvares Cabral had arrived 12 years earlier. The local indigenous people, Charrúa, put up a fierce resistance and this, along with lack of gold or silver in the area, discouraged their building of many towns and villages in the area. The Spanish arrived from the south in 1624 to settle in Soriano, on the Rio Negro, and began to introduce cattle which would later become a source of wealth for the area.

In response to this, in 1680 the Portuguese statesman and Governor of the Rio de Janeiro, Manuel Lobo at the head of a fleet of 5 ships, containing some 400 soldiers, craftsmen, stonecutters and carpenters, took possession of the small Island of San Gabriel from Spain and from there began the construction of a trading post on the mainland, later to become Colonia de Sacramento.

For the next 222 years, the strategic location of Colonia de Sacramento saw wars fought between Spain and Portugal for control of the area with the town changing hands no fewer than 8 times. In 1822, Brazil claimed its independence from Portugal and as Colonia was part of Portugal at that time, it became incorporated into the new Brazilian state. Many native Uruguayans, found Brazilian rule unacceptable and in 1825, under the leadership of Juan Antonio Lavalleja, declared its own independence from Brazil. After a series of conflicts where neither side really gained any advantage, the Treaty of Montevideo was signed giving Uruguay its independence. A momentous event that is still celebrated each 25th August as Independence Day.

Today, everywhere you go in Colonia you’re are reminded of its great and turbulent past. The towns historic importance is best highlighted by the fact that in 1995 UNESCO declared its Barrio Historico, or Historic Quarter, a World Heritage Site.

Even today the historic quarter still contains the cobblestone streets built by the Portuguese in the 17th century. Many of the towns more notable sights are located around the tree-lined Plaza Mayor.

Portón de Campo is one of the most famous monuments in the town. Built in 1745, the old stone gate & wooden drawbridge were constructed as part of a former fort and today leads vistors into the historic quarter.

“Colonia eyes look at the world” – The Lighthouse was built in1855 on part of the ruins of the San Francisco Xavier Convent. The money for it was raised from the tolls imposed on all ships mooring in the town. Todays you can climb its staircase for some of the best views over the town and the Rio de la Plata.

The building of the town in 1680 saw the creation of the church also. As a result, it remains today one of the oldest churches in Uruguay. The first church was a humble mud structure with the present structure dating back to 1810. The building has been restored numerous times, most notably in 1836 after being hit by lightning and lastly in 1976. Today the building is UNESCO World Heritage Site along with the district it is located in.

Today a museum that is built into the reconstructed ruins of a historical Portuguese house featuring stone walls, floors & doorways

Colonia de Sacramento, along with the Uruguayan capital Montevideo, are both visited on Highlights of South America by bwd.