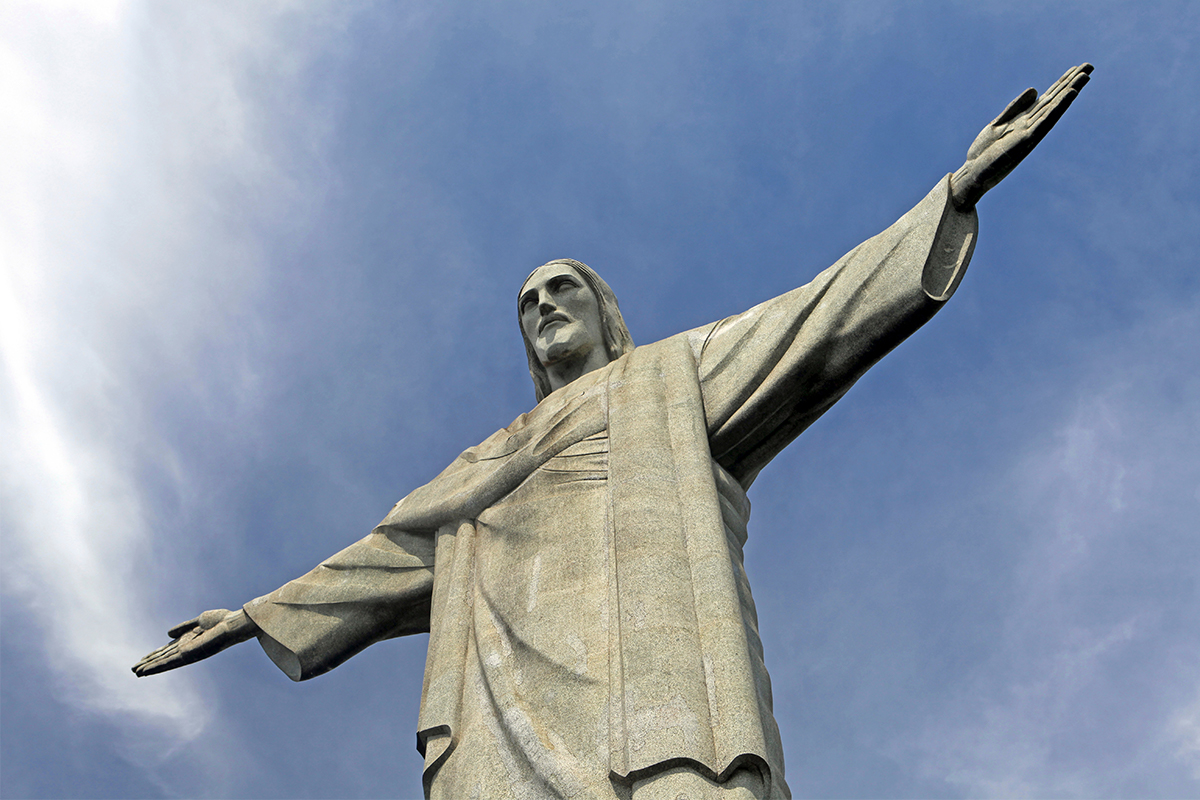 The first place I visited on my first trip to Rio de Janeiro in Brazil was Corcovado, a 710 m (2329 ft) mountain. Meaning “hunchback” in Portuguese, the mountain is known for the statue of Jesus Christ, Christ the Redeemer, atop its peak. Although the figure was impressive at 38 m (125ft), my fondest memories were the stunning vistas. From up there, I had incredible views of the city, the Tijuca Forest, Guanabara Bay and Sugarloaf Mountain.

The mountain lies just west of the city in the Tijuca Forest, one of the country’s national parks and easily accessible by road, hiking, or the Corcovado Rack Railway. The hike takes about two hours each way and is only for regular hikers. After a gentle beginning, it becomes quite strenuous and, as you walk along the road at the end, a little dangerous. To ascend by the railway is the most popular way to go, even though it can get a little crowded.

Emperor Dom Pedro II opened the railway in 1884. Initially, the trains were steam-driven, but in 1910 the line was electrified, the first one in Brazil. The line 3.8 km (2.4 mi) includes four stations and runs between the base station Cosme Velho and the summit Corcovado, taking about 20 min.

In 2019, new trains were introduced, which are not only quicker, 25 km/h compared to the older 15 km/h, they also use regenerative braking. As the train descends, it generates and stores energy, then used on its next journey to the summit. Since its inception, there has been a 75% reduction in the lines overall power consumption. 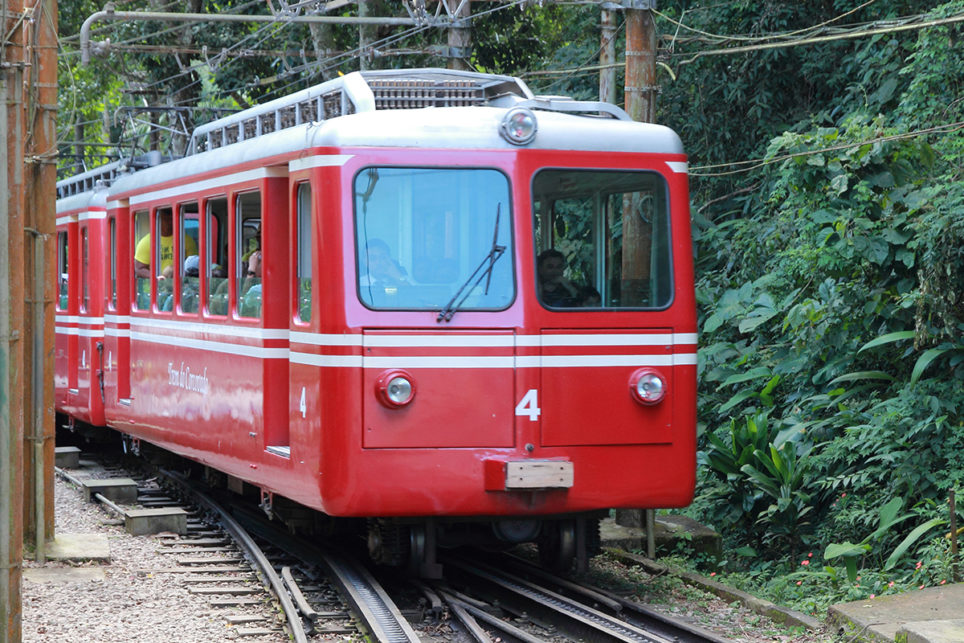 Christ the Redeemer, or Cristo Redentor in Portuguese, the art-deco statue of Jesus Christ, was sculptured by Frenchman Paul Landowski. Began in 1922, the monument took nine years to complete and unveiled in 1931. It stands 30 metres (98ft), excluding the 8 metres (26ft) pedestal, and measures 28 metres (92ft) from fingertip to fingertip.

It is approximately two-thirds the height of the Statue of Liberty in New York.

The construction weighs a little more than 635 metric tons and is considered by many to be one of the great icons, not just for Christianity but for Rio de Janeiro, Brazil, and South America.

Priest Pedro Maris Boss first suggested creating a Christian monument and placing it atop Mt. Corcovado in the mid-1850s. Boss’s original idea was to dedicate it to Princess Isabel, daughter of the Emperor of Brazil, Pedro II. The project received little support until 1920, when a Catholic organisation, the Catholic Circle, made another proposal for the landmark to be created.

The organisation, motivated by what it termed the ‘Godlessness’ of society, organised ‘Semana do Monumento’ (Monument Week) to collect both signatures to support the project and donations to finance its construction.

After considering several designs, the Catholic Circle chose the design of the Brazilian engineer Heitor da Silva Costa. With its open arms embracing the city, the monument has become a symbol of peace and forgiveness. Silva Costa’s original plan had Christ holding a cross in his right hand and a globe in his left.

Thanks to the Brazilian artist Carlos Oswald, he amended it to have Christ standing with his arms spread. French sculptor Paul Landowski collaborated with Silva Costa on the final design and was the head and hand’s primary designer.

After months of studies, they decided that reinforced concrete would be the most suitable for building the structure, with the outer layers made of triangular soapstone tiles due to their longevity and ease of use.

February 10, 2008, saw lightning strike the monument causing damage to his fingers, eyes, and eyebrows. A massive restoration process began replacing much of the mortar and several sections of the soapstone exterior.

They also repaired several iron segments in the internal structure, lightning rods and waterproofed the entire monument. Unfortunately, another lightning strike on January 17, 2014, dislodged a finger on the right hand.

In 2006 to mark the statue’s 75th anniversary, a chapel was built at its base and consecrated to Our Lady of Aparecida, the patron saint of Brazil. Today the figure is the largest Art-Deco style sculpture in the world.

The Tijuca Forest, or the Tijuca National Park, was part of a massive reforestation program in the 19th century. Throughout the 1700s, the Rio government cleared forests around Rio de Janeiro for wood to create charcoal and land for livestock grazing and coffee growing. Unfortunately, the numerous streams in the forest were a significant source of the city’s water supply, and with variable rainfall, the city suffered water shortages and flash flooding.

The Emperor, Pedro II, established federal control over the area and began a massive reforestation program. By the end of the 19th century, they managed to plant more than 100,000 trees, the largest project of its kind in the country.

In 1961, the Tijuca Forest was declared a National Park, and in 2012 UNESCO declared the landscapes around Rio de Janeiro a World Heritage Site.

Corcovado is a highlight of any visit to the Brazilian capital. It was the first place I visited, and today it’s one of the first things I remember about the city. Corcovado, Christ the Redeemer, the Corcovado Rack Railway, and a visit to the Tijuca Forest are all included on the Highlights of South America by bwd.

For this and other trips that stay in Rio de Janeiro by other premium tour operators such as Trafalgar Tours, Insight Vacations, Luxury Gold and Costsaver , visit Travel by bwd at bwd-vacations.com.