A little while back, I was putting together a list of places I think should be included on a tour of Portugal. After the big two, Lisbon and Porto, I next added the town of Évora, or Évora, if you want to use the Portuguese spelling. It was an easy decision, as Évora is a highlight of any visit to Portugal; it’s a fantastic city that combines Portuguese charm with so many historical sites that it’s a UNESCO World Heritage Site today.

Évora is in the heart of the Alentejo, one of Portugal’s seven regions, 134 km (83 mi) from the country’s capital, Lisbon, and 80 km (50 mi) from the Spanish border. One notable feature of Évora’s location is its altitude, sitting at more the 300 m (1000 ft) above sea level and overlooking the fertile plains of southern Portugal. Today, sun-baked olive trees, vineyards, cork oak trees, and fortified towns cover Alentejo, giving it its unique character.

This setting also attracted the original inhabitants to the area more than 5000 years ago, today making Évora one of the oldest settlements in Europe.

What’s in a name?

Before the arrival of Rome, the local Celtic tribes, which extended as for north as Galicia in Spain,  called the town Ebora, the Celtic word for a species of yew tree that grew naturally here. For anyone who has visited York in northern England, it was initially called Eboracum, a derivative of the same Celtic word.

What is there to see in Evora?

The Romans, who arrived in 57 B.C., built a temple in Evora, one of the town’s significant landmarks. Often, and incorrectly, referred to as the Temple of Diana, it’s one of the most important Roman monuments in Portuguese territory.

The temple was constructed in the 1st century with its Corinthian columns and dedicated to Emperor Augustus, the first Roman Emperor. The temple hasn’t always had the form it does today; it has been destroyed, rebuilt, damaged, and dismantled during its history. In the Middle Ages, they embedded the walls, base, and columns into the then Évora Castle.

The temple has served as a vault, a safe house, and a butcher shop from the 14th century until 1836. In hindsight, these other uses helped preserve it from destruction. 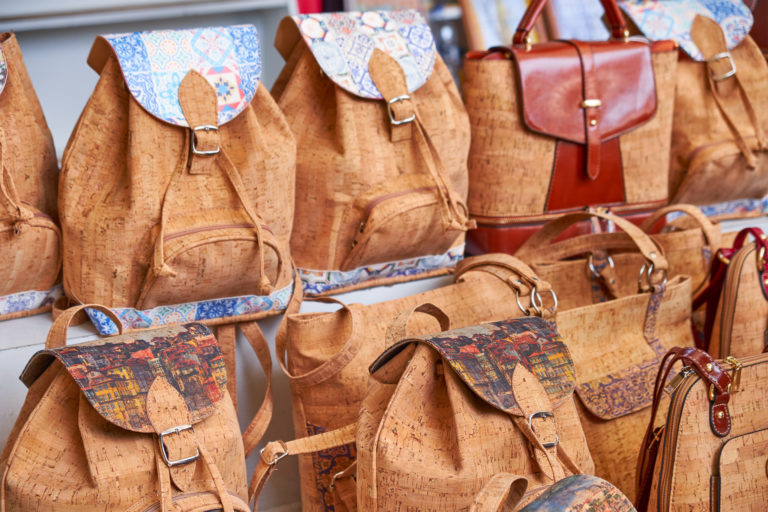 It is not unusual to hear the temple referred to as the Temple of Diana, the Roman Goddess of the moon, hunting, and chastity. The association is due to legend, not archaeology, when a 17th-century Portuguese priest, Father Manuel Fialho, claimed the Romans dedicated the original temple to Diana. Even though archaeologists have disproved the theory, many locals still refer to it as the Temple of Diana.

In the 19th-century, works began to return the temple to its original form. In the 20th-century, excavations found the original entrance, thus completing the monument you see today.

Like the rest of Iberia, the Moors overrun Portugal in the 8th-century. However, unlike in parts of Spain, their influence in Évora was relatively short-lived as Geraldo Sem Pavor (Gerald the Fearless) defeated them in 1167.

Geraldo is still remembered today, with Évora’s main square, Praça do Giraldo, named after him. Built between 1571-73, the square was the scene of some of the city’s grandest celebrations, most violent executions, and the Inquisition headquarters. A beautiful 16th-century baroque fountain dominates the plaza, surrounded by arcade fronted shops, stores, and cafés along with the St. Anthony Church.

Soon after, the Christians began the construction of Évora cathedral, or Sé de Évora in Portuguese, on the city’s highest point.

Dedicated to the Virgin Mary, the building was added to numerous times, most notably in the 14th-century when Manuel I of Portugal added the extravagant cloisters.

A common belief is that the archbishop blessed the flags of the fleet of Vasco da Gama in the cathedral in 1497, before his first journey to the Orient.

Today, it is one of the largest Medieval cathedrals in Portugal and one of the best examples of Portuguese Gothic architecture.

Another religious building the Manuel I of Portugal renovated extensively was the Church of St. Francis or the Igreja de São Francisco in Portuguese. Initially built in 1226, Manuel I made several changes, most notably to the entrance with his distinct Manueline style. When his renovations finished around 1550, Évora had more than 40 cemeteries taking up valuable land.

To allow the city to grow, the monks decide to build a chapel, the Chapel of Bones, and relocate the cemetery’s bones there. However, rather than interring the bones behind closed doors, they decided to make a statement and put them on display. What were they trying to say? The inscription above the door sums it up.

“Our bones that are here, await yours”

The inevitability of death. By the 1600s Evora, and many of its inhabitants were very wealthy. The church wanted people to reflect on their mortality and change their lives accordingly.

More than 5000 bones, including two nearly complete skeletons, are closely stacked, taking up almost every space. Although gruesome, the Capela dos Ossos is most definitely worth a visit and is an excellent insight into 16th-century Europe’s fascination with death.

These are just a few of the sights Évora has to offer, the Neolithic standing stones of Almendres Cromlech, the 16th-century Aqueducto da Água de Prata, and the Royal Palace are also all worth a visit.

It’s easy to see that Évora is not only worth a visit but needs a couple of days to see everything. The city has a fantastic selection of hotels catering for all budgets and many excellent restaurants showcasing some of the Alentejo region’s best dishes. Évora is also a great base to explore the Alentejo region. Day trips to Monsaraz, the wine town of Azeitão, and the fortified Elvas are all worth a visit.

Don’t forget to check out some fabulous trips of Portugal offered by bwd Vacations.

Take care, and I will see you when you get here.